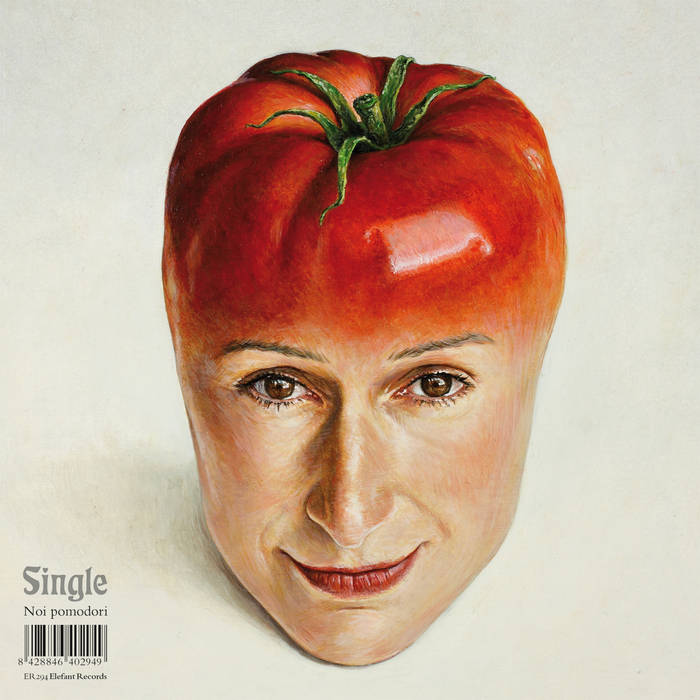 SINGLE is a unique, unprecedented projected; every step that Teresa and Ibon take is a sign of their unmistakable identity, and they even manage to stay away from any hint of predictability when they pay homage to other artists’ work.

And of course there is so much to learn from their drawing attention to “Io pomodoro”, and it is so appealing and surprising.“Io pomodoro” is the album that actress Lucía Bosé recorded in 1981 with classical composer Gregorio Paniagua; it is really a hidden gem, one which has been forgotten over time, a mix of inspiration and experimentation, of fleeting loveliness and volatility. A compilation CD of songs sung by actresses led them to the single that had come from that album, “Dime quién eres, desconocido vecino”, and from there they discovered the album itself. They were immediately fascinated and began incorporating it into their concerts, where they performed versions of the single, which led them to this small homage to the album, a limited-edition, tomato-red 7” that includes, in addition to the previously mentioned song, a revised version of “Nana de una sola nota”.

And as is to be expected, SINGLE resuscitate the songs in such a way that it is impossible to find any type of similarity with the original, and continue creating their own marvellous universe through the fantasies of other great artists. And so, “Dime quien eres, desconocido vecino” is flooded with that dub-key bass that Ibon likes so much, with a touch of Jamaica in those hypnotic, evocative lyrics. Meanwhile, “Nana de una sola nota” heads deeper into uncomfortable, electronic territories that are evasive yet captivating, harsh yet tremendously attractive.

And for the climax, the incredible cover art by Javier Aramburu, and its mix of humor, irony and genius, making it even clearer that few people in Spain have the capacity and ability he has. It is the cherry on top of this new must-have gem in the discography of the band from San Sebastian.